My first wreath of the year is also my first upcycling project of the year.

Last year I had lots of poppies growing in my wildlife patch. I got obsessed with taking photos of them, especially when the bees were buzzing around. After they had flowered, I cut them back and kept the heads to use in a craft project, not quite knowing what that project would be.

I used a handful of them in my Christmas wreaths, but couldn’t think of what to do with the rest, and I didn’t find much inspiration online. Eventually, I toyed with the idea of making a sunburst decoration, but it took me ages to figure out how to construct it. The 3D wreath bases that I’ve used previously weren’t allowing me to get the effect that I was after, so I ended up gluing the poppy heads onto some old data CDs that I’d kept back for upcycling. 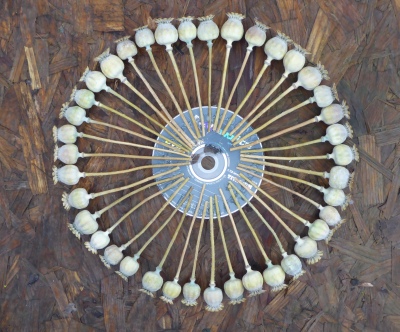 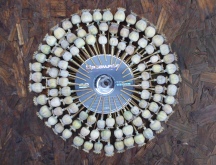 I made three separate layers to stack on top of each other, finishing with a centre that was made with the crown of the poppy heads facing upwards. 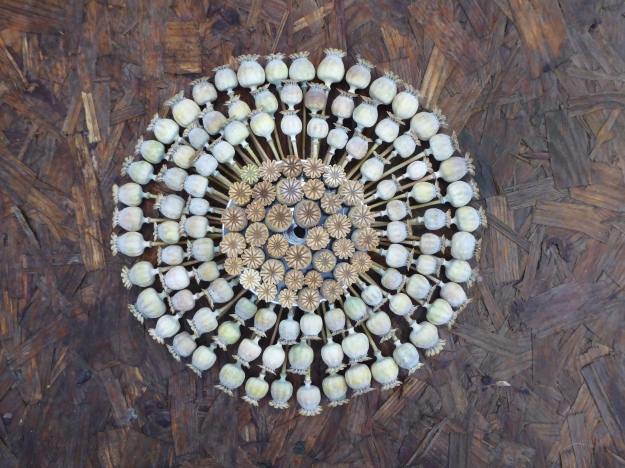 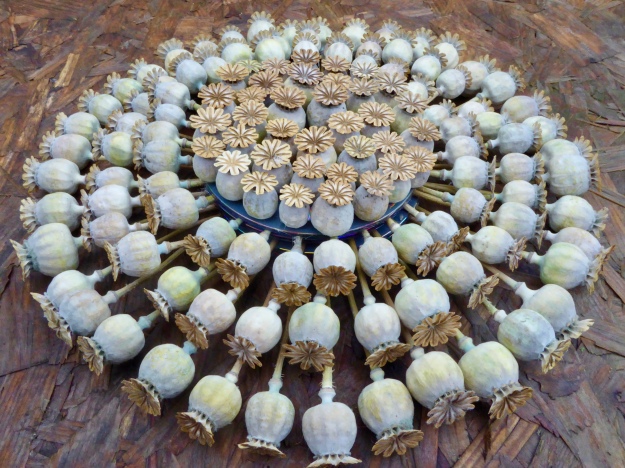 I find glue guns really messy. Even though I knew that I would be spraying the heads, I thought the messy blobs of glue would still be visible, so I decided to hide them with another CD and then stick my second layer on to that. This seems to have worked really well and has not only given a bit of weight to the piece, but it probably made the final construction a little bit easier. I was going to spray all the poppy heads gold but then thought a black and gold combination would be more dramatic. The perfectionist in me can see that, now it’s finished, it’s a bit wonky. I still have two big bunches of poppy heads left over, so I might make another one later in the year. 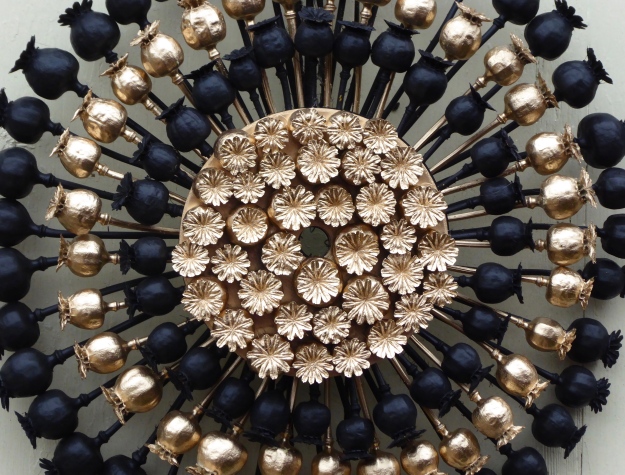 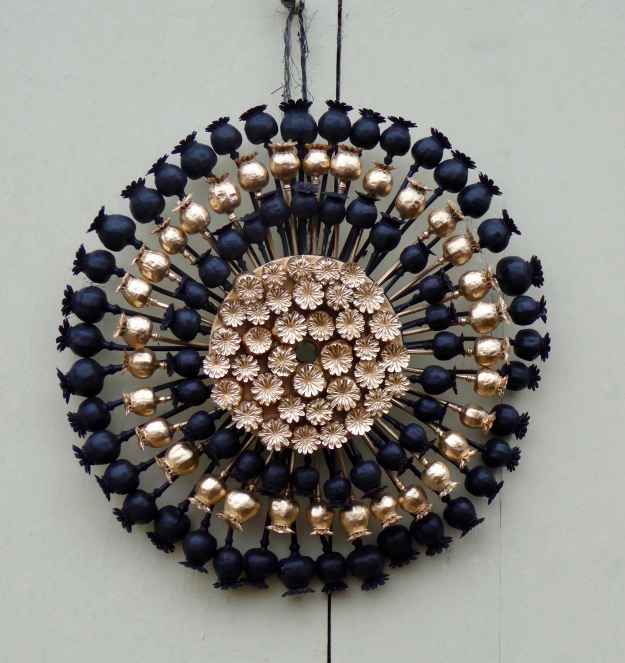 Finished! A bird's eye view of an allotment. Pattern by Collette Kinley.
A splash of colour for a gloomy Monday
If you need a bit of colour injected into your life, I recommend a visit to the Fashion and Textile Museum to see the Kaffe Fassett exhibition - The Power of Pattern.
I love Harrods' Christian Dior gingerbread-themed windows
Some weekends are just a little bit more magical than others
A new autumn wreath, made out of plants from my garden